Medical malpractice is a type of professional negligence, which means that a doctor or nurse has done something wrong in their job. In the United States, medical malpractice cases are filed by patients and their families.

Medical malpractice can occur in many ways, including:

– failing to diagnose a condition or provide adequate treatment

– failing to monitor patients for complications

– negligent prescribing of drugs or other treatments

Let’s get into more detail on what medical malpractice is and the most common examples of it.

A missed diagnosis is a medical malpractice that has not been discovered until after the patient has been treated. This can happen because of mistakes in the process or if the doctor is not sufficiently attentive to the patient.

In medical malpractice cases, a missed diagnosis can be proven by a failure to diagnose that there was an underlying condition that would have led to death without treatment.

A missed diagnosis can also be proven by an error in prognosis or misdiagnosis followed by improper treatment and no further discovery of a problem during treatment.

Prescription errors during medical malpractice are a common issue that can result in serious injuries to patients. In most cases, the error is not intentional, but it happens due to human error.

The errors may happen because of a lack of understanding of the patient’s condition or due to miscommunication between doctors and nurses. The most common types of prescription errors are wrong dosages and wrong drugs being administered.

Prescription errors can have devastating consequences for patients depending on their severity. Patients who suffer from allergic reactions or overdose should be taken to the hospital immediately, while those who experience more mild symptoms may just need some rest and time for recovery.

Errors in surgery are rare, but they can happen. If the patient’s life is at risk, the surgeon must be held accountable for their actions.

In medical malpractice cases, there are two types of errors:

1) Errors that cause injury or death to a patient

2) Errors that do not cause injury or death to a patient but are still considered errors in surgery because they were made during a surgical procedure.

Mistakes, slips, and lapses in judgment can lead to injuries or deaths during surgery. These mistakes include things like:

– Inappropriate use of anesthesia

– Failure to monitor and keep track of vital signs during surgery

If you’ve been hurt by a doctor or nurse, get the help you need right away. A lawyer can’t take back what happened, but they can make the future much easier for you. 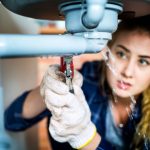 Ready To Read The FTMO Review For Forex Trader

If you’re looking for a forex trading platform, then you may have heard of FTMO. The firm is a managing prop firm that provides forex […]

Everything You Need to Know About Dropshipping

Cash For gold – how to get paid For Your Gold

Might it be said that you are searching for a spot that will give you cash for gold in Melbourne? You can track down numerous […]

The S Corp Tax Deadline 2021 is quick drawing nearer, and you might require an accomplished lawyer to assist you with recording your expense form. […]